When I was a freshman in college, I found the perfect sign for my Dad. It read “Hell Hath No Fury Like a Dad Who’s Tools Are Missing.” It was the first thing my Dad hung in his garage when my parents moved to their most recent residence. I always laugh when I see it because I know the story behind the sign and as I learned today, the sign remains relevant.

When I was a senior in high school, a new gym class was offered called Wilderness Adventure. As a high school in the Chicago suburbs, there is not much wilderness to be had outside of a few local forest preserves. I eagerly signed up for this course which included rock climbing and repelling (on gym bleachers), kayaking (in school pool), snorkeling (in school pool), and cross-country skiing. There was also a camping element to the course and I was thrilled to be going, however, I did not have all the appropriate camping gear needed so I asked my Dad and he happily lent me his old camping kit from when he was in the boy scouts. My Dad continued to camp with my brother and Grandpa over the years and used that exact kit, until I borrowed it.

The camping trip included hiking and a typical camp set up, tents, no bathrooms, open fires or portable stoves for cooking, etc. It was a fabulous time until Sunday morning when I went to cook my breakfast. I took my Dad’s camping frying pan and was using it over my friend’s propane stove. Well, I had never cooked over a propane stove and was not paying as close attention as I should have. Needless to say, I melted the frying pan so that there was a hole in the middle and when I pulled it off the stove, it cooled with an aluminum icicle-like spike next to the hole. So after everything cooled and I cleaned out the frying pan, I packed it in my backpack, careful of the spike, and figured it was no big deal. Boy, was I wrong.

When I got home and was telling my parents about all the things were did over the weekend and then pulled out the frying pan, my Dad got really, really quiet. My Dad is normally a pretty quiet guy but the look on his face as he examined the mangled frying pan was heartbreaking. He looked like I had run over his dog. It was horrible. He told me I was no longer allowed to borrow any single thing from him ever again. I was shocked at his reaction and offered to purchase him a new camping frying pan. He told me that he couldn’t understand how his kit survived 30 or so years of camping in a wide range of conditions and yet could not survive 2 days in my care. Anyway, my dad secured the locks on all of his tools and hardly spoke to me for the following week. I was devastated and did not realize how serious he was about the tool issue until I picked the lock on his tool chest so I could get to the tools I needed to change the oil in my car (my Dad was a firm believer that just because I was a girl, that was no excuse for not knowing how to maintain a car and fix things). In the end, I was grounded for 2 weeks for breaking into his toolbox and borrowing his tools without permission. I never borrowed his tools again when there was even the slightest possibility that I could get caught. 🙂

When I bought him that sign for Christmas the following year, he was thrilled with it and hung it in his garage over his tool chest that night. Of course that same year, he gave me my own toolbox with a starter set of tools that he’s added to every year since for Christmas gifts.

It’s funny because to this day, 33 years after that camping incident, my Dad still won’t let me touch his tools. I was helping him assemble a kitchen island and needed to get a different sized screwdriver and started heading to the garage when he asked me “What do you think you are doing there, young lady?” Never a good sign when he calls me “young lady.” I told him I was getting a different sized screwdriver and he moved faster than I’ve seen him move in ages as he blocked my entry into the garage. “You are not allowed to touch my tools. Don’t you remember the rule?” I reminded him that I was 17 when I melted his frying pan and he told me that the sign I bought him the following year served as a reminder that I was not to be trusted with his tools. I was allowed to follow him out and point to which screwdriver I wanted and then he retrieved it for me. Rolling my eyes at him and shaking my head, I returned to help him with the assembly.

I guess he really was serious that I was not allowed to borrow his tools 33 years ago and that particular rule has no expiration date. Go figure.

One thought on “Borrowing Dad’s Tools” 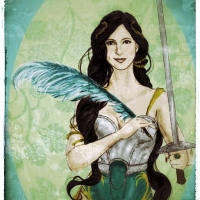 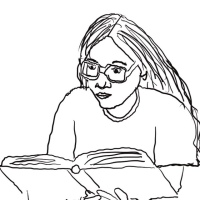 This WordPress.com site is a showcase for authors.

The best books from the romance genre's best authors.

the blog of foz meadows

The latest news on WordPress.com and the WordPress community.